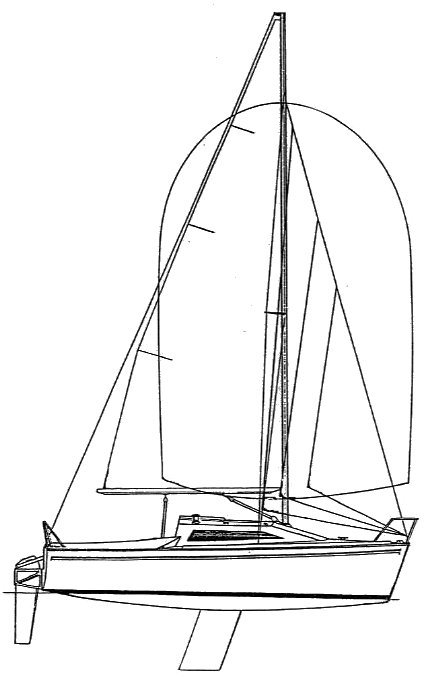 The MICRO Class was created in 1977, on the initiative of the French magazine “Bateaux” which provided the foundations of a measurement intended to sail in elapsed time on small, easily transportable yachts and without an IOR / CHS (now IMS / IRC) measurement.

This formula was intended only for one yearly event, the “Micro Cup”. The formula was based on the dimensions of existing boats, like the Corsaire. This led to the development of a large fleet of boats from Bénéteau (First 18), Jeanneau (Microsail), and several smaller manufacturers produced their own Micro (Challenger, Neptune, Kelt). Individuals built some very innovative prototypes (Nuits Blanches, Les Copines). The French market was soon saturated with small second-hand boats, most of them are still sailing more than 25 years later.

Foreign competitors showed interest in the Class, a very successful proto from UK was “Speculation” (Speculation, Dogs of War, Placebo).
But competitors from UK, Italy, Switzerland were attracted by larger classes. They were replaced by sailors from Eastern Europe, and Poland and Russia produced many Cruisers.

Since 1999 and the Micro World Cup in Gdynia, the Micro Class is recognised by ISAF and the Micro Cup was granted the status of a World Championship. Overseas nations are showing interest in the international activities, and Brazilian and Canadian crews used to cross the Atlantic for the annual Championship.

The Micro is the ideal boat for initiation and training to the regatta in inhabitable boats. The beginners should not hesitate any more to join the family to learn how to control their boat in full safety and thus to benefit from it fully thereafter. The Micro it is also one of the best adapted supports of transition for the young competitors when between sport sailing on dinghys and competition in open sea.

The Micros are divided into 3 divisions: Protos, Racers and Cruisers. Each one thus can race with a material adapted to his style of navigation, and rank himself within the crews and boats of comparable level, giving place to interesting regattas.

The interest of our sport is that there is no gap between the categories and even if the fleet stretches progressively through the race course, the boats of the different divisions remain always within the reach.

We invite the many owners of Cruisers to take part at least at the stages of the national circuits which are held in their area. They will find club mates or crews from clubs nearby which often practise like them a lower level regatta. If they do not fight for the first places in the immediate future, they will have taken part in a pleasant regatta with boats similar to their.

While the champions are fighting in front of the fleet, the others have fun without complex behind.